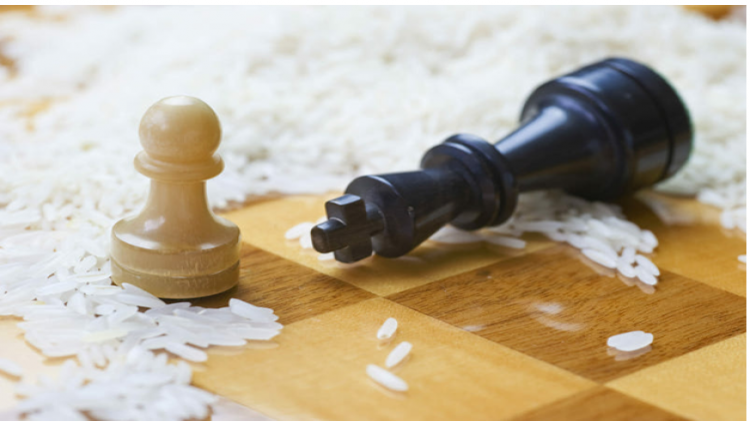 At a very young age, I was introduced to the concept of compounding by my grandfather. He told me a story to explain it better, which I am going to narrate here:

Nearly 1500 years ago, when the inventor of the chess showed the game to an Indian king, the king was so impressed by the new game, that he wanted to reward the inventor.

When asked to name his desired reward, the inventor said that he was a man of modest means and did not need much. All he wanted was to place a few grains of rice, on the chess board in the following manner: Each square having double the number of grains than its predecessor. So, there would be one grain of rice on the first square of the chessboard, two on the second, four on the third and so on.

The king was shocked to hear that the inventor had asked for such a small reward. He happily agreed to the inventor’s request and ordered his treasurer to fulfill the same.

A week passed. Still no sign of the treasurer. He was asked to appear before the king immediately.

“Explain your absence”, said the king.

“We are still trying to procure the required grains of rice to fill the chessboard, Your majesty. We have sent people far and wide to collect rice, but we still haven’t been able to procure enough.”

Actually, the treasurer should not have even bothered. The required amount of rice has not been produced in the history of mankind.

Do you know how much rice it would be when one reaches 64th square of the chessboard?

It was close to 18 million trillion grains of rice. This is more than enough to cover the entire surface of the earth!

This simple story explains the unexpected power of compounding, whichis not realized in the initial years of investment. But as the investment grows with time, you can visualize the impact right away.

Albert Einstein once called compound interest “the eighth wonder” of the world and “the most powerful force” in the world. According to him, he who understands it earns it and he who doesn’t understand it pays it. Now that you understand how it works, get ready to make it work for you.